Hello! I am finally done with Comic Con! I am not sure if I told you all, but I had a booth with my friends (will share links below). We have tons of pictures, but they are on Alysia’s and DJ’s cameras and they not with me. They will come soon. I will start updating regularly now. I have an alarm set on my phone to remind myself!

The booth was really fun! We have been doing it for pretty consistently and will be doing it again next year under the same name we have every year, Pinky: Paranoid Onion Laboratories. At our booth we did sold a variety of art and handmade goods, and on top of that we did some networking and friendshipping and best of all…PEOPLE WATCHING! Holy toledo, did we see some amazing costumes! I hope to show you some pictures later. However, for now, I will post some photos of things from the Con and tell you about why they are awesome! 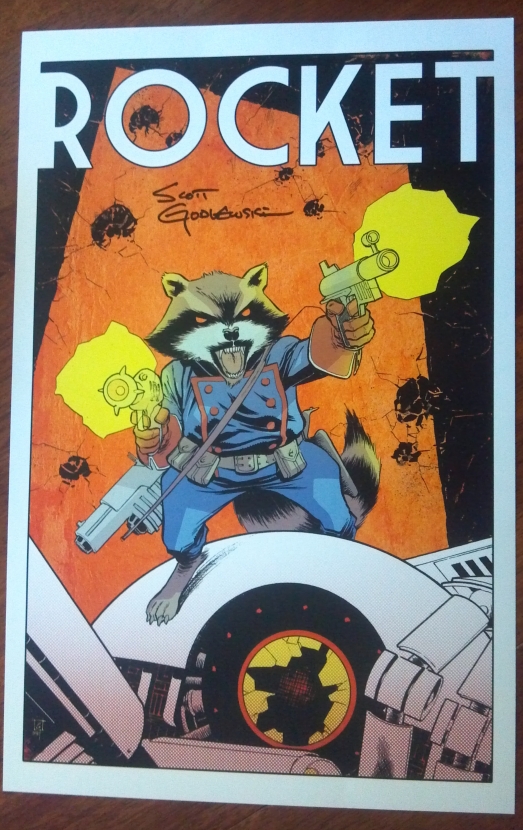 This first one is a picture of a print I got from Scott Godlewski for my boyfriend, JD. Scott was kind enough to let me ask him some questions about what it’s like to do what he does. He even looked at my stuff, a 24 page comic entitled “The Misadventures of Shape”. He said it had ENERGY (I almost cried, I was so excited!)!! I almost missed him when I went to get it autographed on the last day, but thankfully I caught him as he and his family were headed out. They were all adorable.

I didn’t get a card but here is a link to his website. He is an amazing artist and his ink styling made me geek out hard core!

This next one was done by a wonderful artist whose name escapes me. and unfortunately I cannot find his business card. I will ask Alysia about it later. But it is wonderful and wonderfully done. The artist explained that he created his own brushes in an art program….and our little minds were blown! 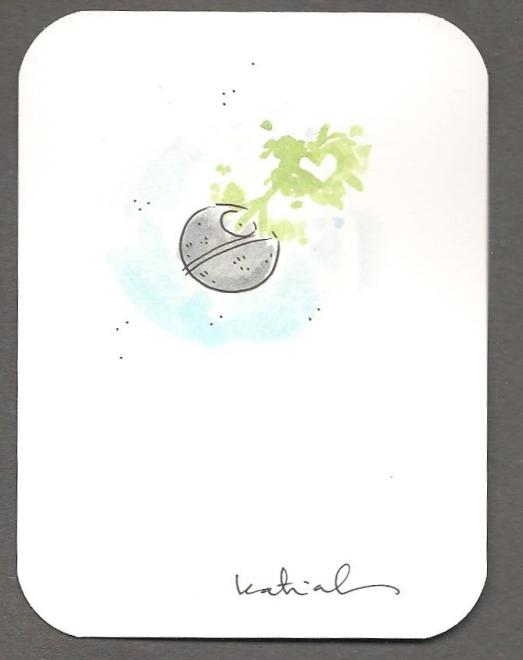 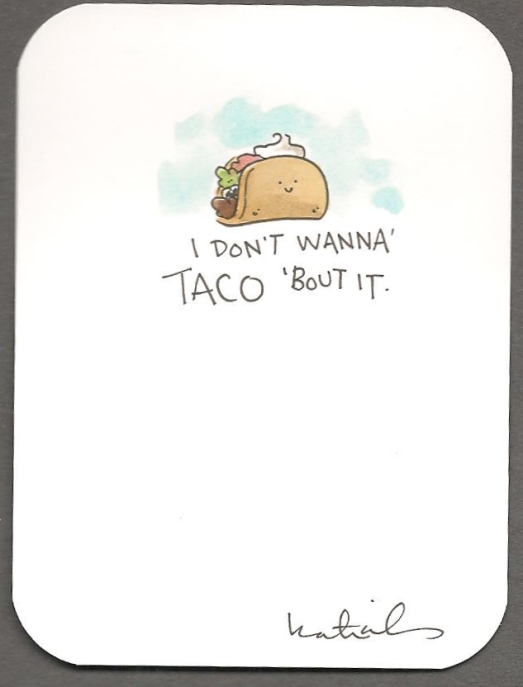 These two bad boys were hand crafted by the Katy Cook. I got the taco one from my friend Jeremy (more on him later) and the Death Star is for my little brother! She was awesome. 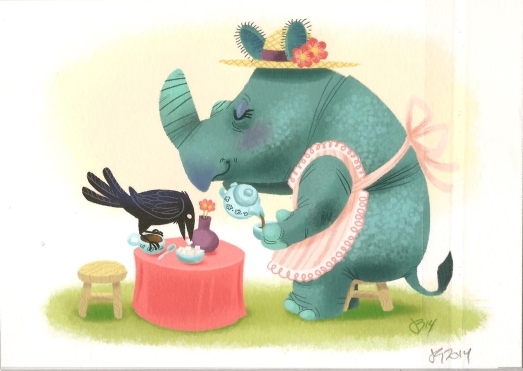 This fancy scene was done by the lovely artist at the Snorffles & Meeps booth.

Not only do they have awesome art but also, they are working on a kickstarter. Help them out if you can! 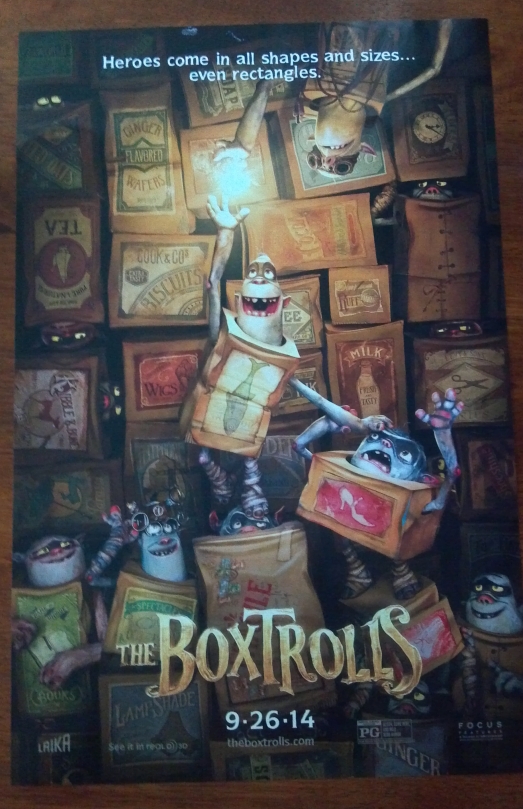 This is a free poster I got. I put it up because y’all best be getting excited about dis stuff!

Boxtrolls comes from an amazing book called Here Be Monsters. Chickeroo it!

That’s all the time I have for now. Tomorrow I will add some more pictures of con fun!

What Have I Been Up To?